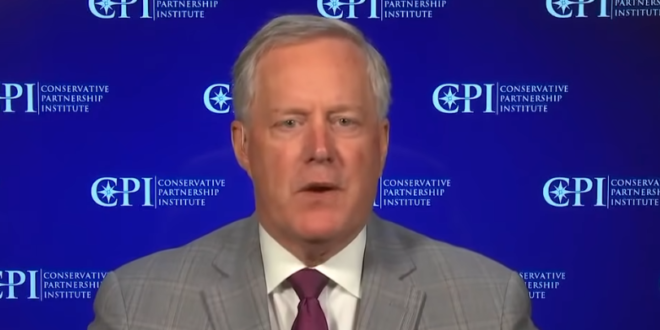 “Absolutely! Listen, they stripped Marjorie Taylor Greene of her committees for not even voting against the Republican Party. These people voted for Joe Biden for an infrastructure bill that will clear the way for more socialist spending that quite frankly gives Joe Biden a win.

“I don’t know how you can send a clearer message than saying, ‘Obviously you’re not on our team. We’re gonna give that leadership position to somebody else.'” – Former Trump chief of staff Mark Meadows, responding to Steve Bannon on Real America’s Voice.

Mark Meadows says he would strip the 13 Republicans who voted for the infrastructure bill of their committees because it gives Joe Biden a win. pic.twitter.com/pfU9GbCvan