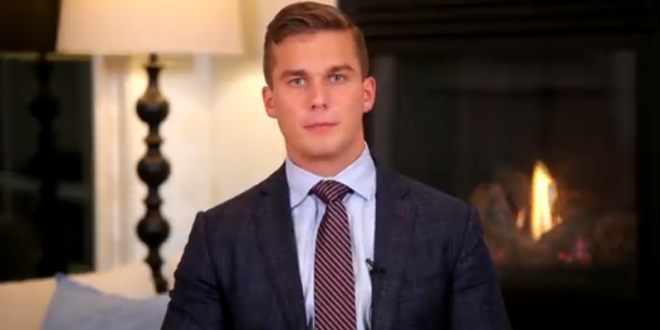 Rep. Madison Cawthorn, a conservative Republican firebrand, shook up next year’s congressional race on Thursday night when he announced he would run for a different congressional district — effectively pushing a more traditional state lawmaker who was expected to run out of the race.

“North Carolinians don’t settle for the status quo. We defy it. We made history together last year when you sent me to Washington to shake up the swamp and fight for you,” Cawthorn said in a video he tweeted on Thursday.

When North Carolina’s 13th District was drawn without an incumbent, many political observers speculated that state Speaker Tim Moore would run for that seat in 2022. But shortly after Cawthorn announced he would run for the seat, Moore announced Thursday night he would not.

You heard that right. Tim Moore — yes, that Tim Moore, a conservative stalwart who even went on a “Stop the Steal” field trip to Pennsylvania — is now considered an establishment Republican. It might even be funny if it wasn’t so maddening. Republicans got pretty creative when they tailored Moore’s designer district, effectively disenfranchising large swaths of voters and double-bunking several incumbents in order to do so.

They had the gall to insult voters’ intelligence by calling the process “unbiased” and the maps “fair.” Now, Moore isn’t even running in said district — or any district — and we may still be left with their unfair maps, although lawsuits are pending. Moore and his party aren’t the only ones paying the price. Moore sacrificed voters for his political ambitions, and in the end, no one won — not even him.

Moore, you may recall, was the leading proponent of North Carolina’s infamous anti-LGBT HB2 law.

Critical announcement: we are taking ground for conservatism.

You elected a fighter. Trust me to fight for you. pic.twitter.com/861Um0yizc