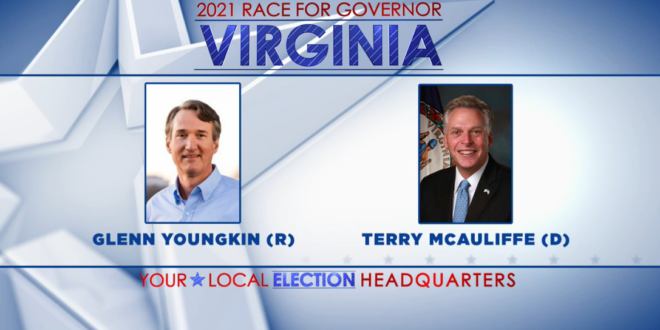 Polls are closing in the unexpectedly tight Virginia governor’s race as Democrat Terry McAuliffe seeks a second nonconsecutive term in a contest that could offer clues about his party’s uphill battle to maintain control of the US House and Senate in next year’s midterm elections as President Biden’s approval ratings slide.

For months, McAuliffe has tried to energize Democratic voters by painting his opponent, Republican Glenn Youngkin, as a Donald Trump “wannabee,” who would reverse progressive gains in a state that the former President lost by 10 points last year.

Youngkin has accepted Trump’s endorsement but skillfully kept his distance while centering his campaign on local issues like education and trying to portray himself as an advocate for parents.

Clips below go live shortly. Vote tallies updated here. Keep in mind that a final result may not be known tonight.