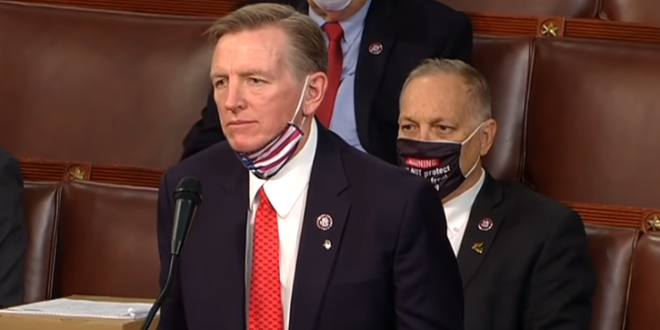 The House is set to vote Wednesday to approve a resolution that censures Rep. Paul Gosar and strips him of his two committee assignments, which if passed would be the first time a sitting House member will be censured in more than 10 years.

The resolution set for a vote will remove Gosar from House Oversight and Reform Committee, which Ocasio-Cortez also serves on, and the Natural Resources Committee.

Read the full article. Per House rules, after a censure vote the offending member must stand in the well and listen to a reading of the resolution. It seems likely that Gosar would refuse to appear.