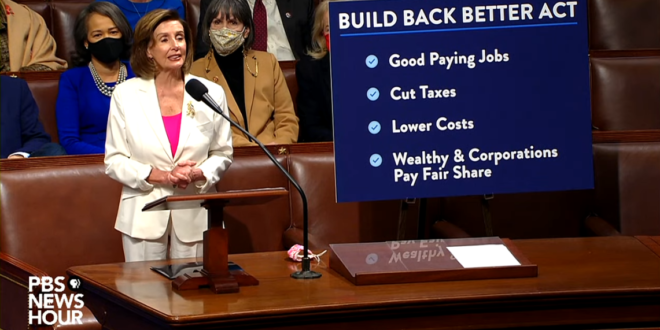 The House had expected to vote last night on the Build Back Better budget bill but Republican minority leader Kevin McCarthy threw a spanner into the works with an eight-and-a-half-hour overnight speech.

House members are gathering now and will begin voting shortly on the bill, which comes in at almost $2tn in spending on social support programs and action to tackle the climate crisis.

If the bill passes successfully it will then go back to the Senate, where it faces rigid opposition in its current form from every Republican and two crucial moderate Democrats.