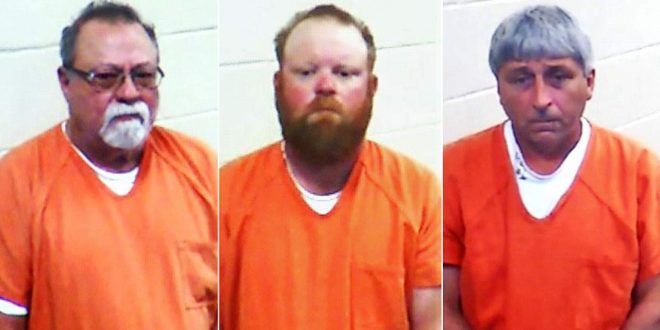 After a long and contentious jury selection process in a coastal Georgia county in preparation for the trial for Ahmaud Arbery’s killing, a panel of 12 people was chosen Wednesday — consisting of one Black member and 11 White members. The jury was selected after a two-and-a-half-week selection process that ended with prosecutors for the state accusing defense attorneys of disproportionately striking qualified Black jurors and basing some of their strikes on race.

Judge Timothy Walmsley said the defense appeared to be discriminatory in selecting the jury but that the case could go forward. “This court has found that there appears to be intentional discrimination,” Walmsley said Wednesday. The jurors must decide whether Gregory McMichael and his son, Travis McMichael, along with their neighbor William “Roddie” Bryan Jr., are guilty of malice and felony murder.

The Georgia judge in the Ahmaud Arbery trial says “there appears to be intentional discrimination” in jury selection, but then allows a trial about a murder motivated by racism to move forward with only ONE Black juror. #gapol https://t.co/u0onCqWYtz