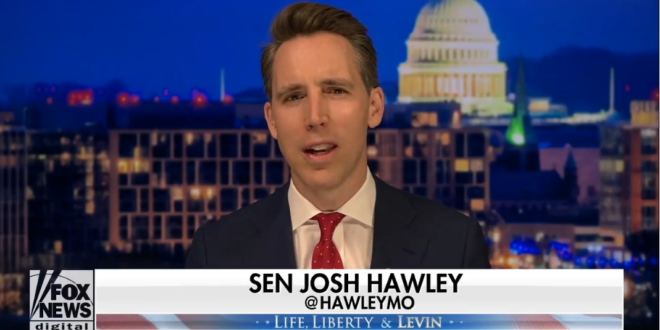 The Federalist has published the transcript of Sen. Josh Hawley’s speech last night to the National Conservatism Conference.

This is an effort the Left has been at for years now. And they have had alarming success. American men are working less, getting married in fewer numbers; they’re fathering fewer children. They are suffering more anxiety and depression. They are engaging in more substance abuse.

Responsibility is one of God’s greatest gifts to mankind, and men must be held responsible for their actions.

Still, can we be surprised that after years of being told they are the problem, that their manhood is the problem, more and more men are withdrawing into the enclave of idleness, and pornography, and video games.

Oh no! Someone criticized my masculinity and now I can’t control myself and I have to go watch the movie, “On golden blonde!”