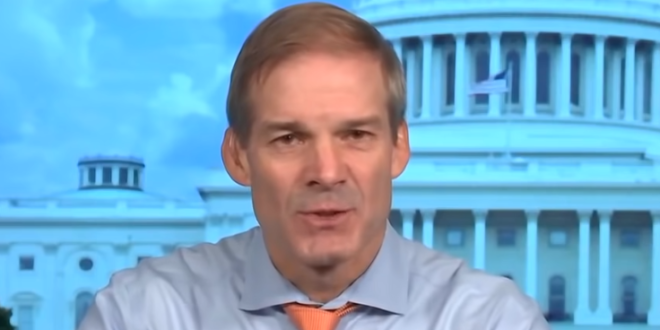 Rep. Jim Jordan, the top Republican on the House Judiciary Committee and one of Donald Trump’s closest allies in Congress, is urging Republicans against a “reflex” impeachment of President Joe Biden if the GOP retakes the House next year. Jordan has been relatively quiet on the prospect of a Biden impeachment come 2023, even as Rep. Marjorie Taylor Greene (R-Ga.) tries to turn the matter into a GOP rallying cry.

Now we know why. And Jordan used a notable forum — a podcast with Gaetz, another Trump pal on Judiciary — to reveal his thinking. The Floridian teed up his question by warning against “impeachment fever,” saying impeachment should only be based on “purposeful wrongdoing” by a POTUS. Otherwise, Gaetz said, “any time you have a president and a Congress that are in different parties, part of the ceremonial exchange of power will be an impeachment.”

Jim Jordan, a top Trump ally, is warning the GOP against a Biden “impeachment by reflex” if it takes back the House https://t.co/z9ZoJ3fod8