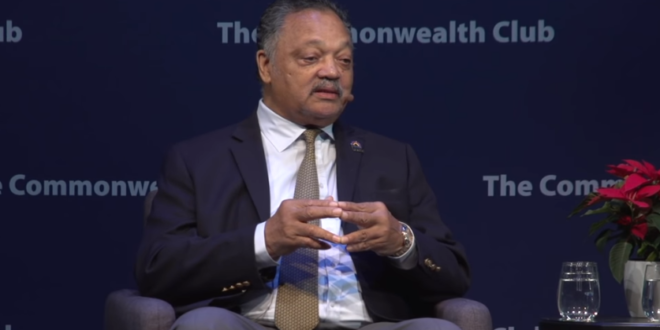 Jesse Jackson Hospitalized After Fall At Howard U

The Rev. Jesse Jackson was hospitalized Monday after falling during a visit to Howard University, in support of students protesting living conditions on the Washington campus, according to a spokesman.

The 80-year-old civil rights leader was meeting with Howard President Wayne A.I. Frederick and other administrators when he “sustained an injury upon entering” a campus building, the school said in a late Monday tweet. Jackson was then “taken to a hospital by a university administrator,” the school said.

Jackson was entering a campus building when he fell and hit his head, Frank Watkins, a spokesman for Jackson, told The Washington Post. He was taken to Howard University Hospital where he underwent a series of tests, including a CT scan, which came back normal.

Read the full article. Jackson and his wife were briefly hospitalized in August for COVID.

The Rev. Jesse Jackson was hospitalized Monday in Washington, D.C. after falling and hitting his head while helping Howard University students who are protesting living conditions on campus, according to a spokesman. https://t.co/qpgsdJSOqy