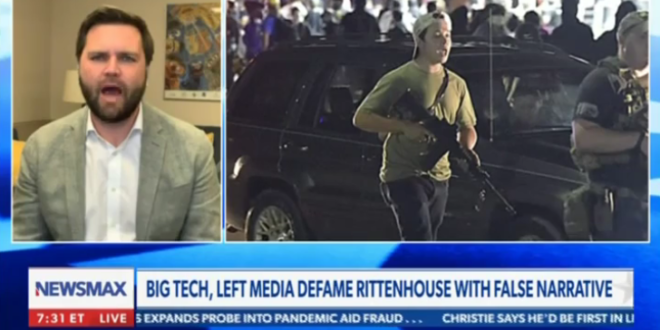 Republican Ohio Senate candidate J.D. Vance said Kyle Rittenhouse “made good decisions” and extolled the 18-year-old’s “manly virtue.” Speaking with Seb Gorka on Tuesday night, the Hillbilly Elegy author said Rittenhouse “saw no one protecting the businesses, the people, the community. So he went down there and did it.”

“And instead of rewarding him,” said Vance, “Instead of saying you know, ‘Isn’t good that a 17-year-old kid who was raised by a single mother made good decisions and decided to be a positive force in his community?’ they slandered and lied about him. They treated basic manly virtue as White supremacy.”

JD Vance says we should “promote the types of virtues that exist in Kyle Rittenhouse” because he “made good decisions” and “decided to be a positive force in his community.” #OHSen pic.twitter.com/zfbLg9Niyx