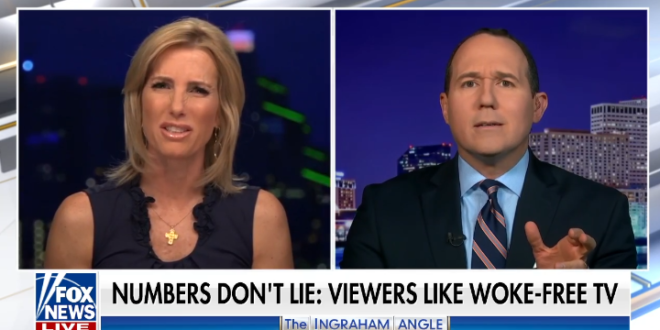 Ingraham Melts Down In “Who’s On First?” Moment

The Fox News host Laura Ingraham sparked mockery on social media after becoming confused when she believed a guest discussing the Netflix television show You was actually referring to her.

Ingraham opened her show on Monday night by slamming what she called a “Team of Incompetents” in the Biden White House, and questioning the capabilities of the president himself.

“America is truly in danger,” she said, “under a president who is physically and mentally deteriorating before our eyes … real chaos is unfolding.” Unfortunately for Ingraham, real chaos – and confusion – then unfolded on her show.

Twitter is melting down with “Who’s On First?” references.

And this, everyone, is the greatest video of all time: pic.twitter.com/Kf3jHXUliQ

Stipulated that this is the greatest minute of cable news maybe ever but there was a real missed comedic opportunity when Ingraham says twice, “I’ve never had the measles.” pic.twitter.com/bsZW4TjAWX