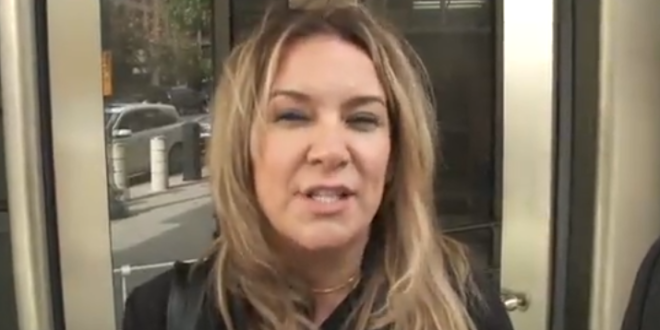 “I’m disappointed that I’m being used as an example in my incarceration. Because I’m a public person and I have a Twitter account, I’m being punished for that.

“Because the media was doing what y’all are doing right now, I’m being punished for this. And it’s actually causing my incarceration and I think that is a travesty.

WATCH: Jenna Ryan spoke to @EricFlackTV after her sentencing today. He asked if she had a statement of remorse. She blamed the media for her jail time, and said she should be able to tweet without being “persecuted.” #CapitolRiot pic.twitter.com/RoIyAPsQ2b