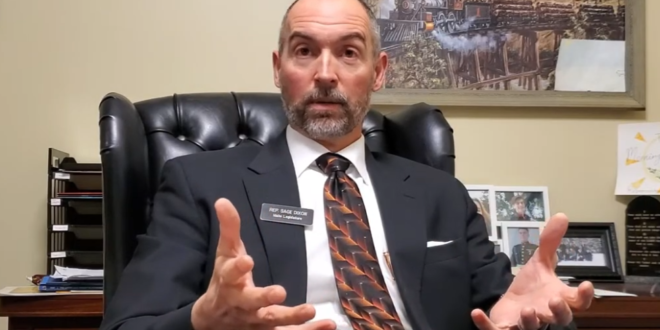 On Monday afternoon, the Joint Finance-Appropriations Committee voted 12-6 against HB 409, a proposal from Rep. Sage Dixon [photo], to create a “Federal Overreach Legal Defense Fund” and fund it with a $2 million transfer from the state’s general fund.

The joint budget committee had lots of questions about the bill and its provisions, with many focusing on who decides to spend the money from the fund and how. Dixon said it would be entirely up to the House speaker and the Senate president pro tem.

The intent, Senate President Pro Tem Chuck Winder said last week, is to have the Legislature intervene in multistate lawsuits to challenge the Biden Administration’s vaccine mandates, and pay its own private lawyers to argue specifically on behalf of the Legislature.

Read the full article. Idaho has already joined a flotilla of red states in suing the Biden administration over its vaccine mandates.

Idaho Republicans haven’t won a single lawsuit since their legal fund was created in 1996. It’s time to invest that money towards Idahoans and not in political grand standing #idleg #idpol https://t.co/Y7AN90vGHv