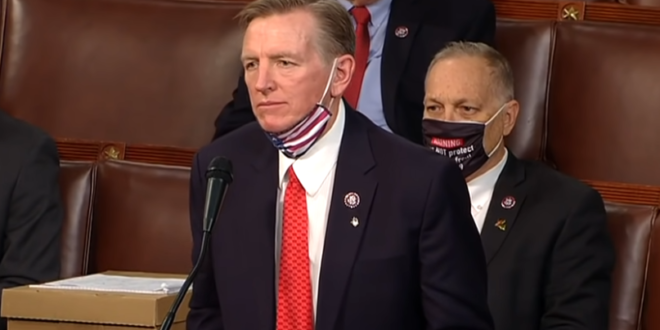 House To Vote Tomorrow On Censuring Rep. Paul Gosar And Removing Him From House Oversight Committee

The House will vote Wednesday on a resolution that both censures Republican Rep. Paul Gosar of Arizona and removes him from the Committee on Oversight and Reform, a source familiar tells CNN.

Gosar is facing censure for his posting of a photoshopped anime video to his Twitter and Instagram accounts showing him appearing to kill Democratic Rep. Alexandria Ocasio-Cortez of New York and attacking President Joe Biden.

Gosar, who later took down the video after facing criticism but did not apologize, sits on the Oversight Committee alongside Ocasio-Cortez.

NEWS: The House will vote tomorrow on a resolution that:

CENSURES Rep. Paul Gosar and REMOVES him from Oversight Committee, per source familiar

Resolution would not remove Gosar from his other panel, Natural Resources Committee