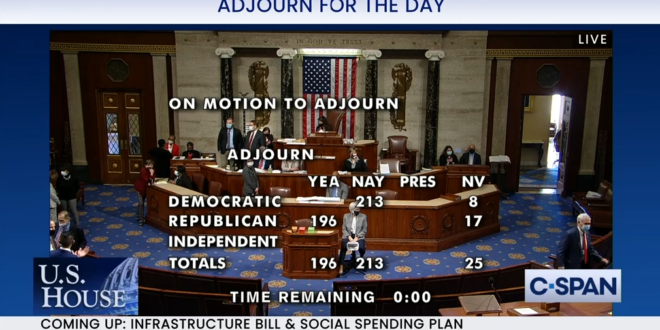 House Democrats are now planning to vote Friday on their long-sought social spending package as well as the bipartisan infrastructure bill as they rush to deliver on President Biden’s agenda after disappointing state election results earlier this week.

The House already completed floor debate on the bipartisan infrastructure bill in late September.  In a sign of the high stakes for his agenda, Biden made calls Thursday night to House Democrats to urge support for the social spending package, according to a White House official.

Read the full article. At this writing, Republicans are losing an attempt to adjourn for the day.

• Consideration of the Build Back Better Act

• Complete Consideration of the Senate Amendment to #HR3684, Infrastructure Investment and Jobs Act