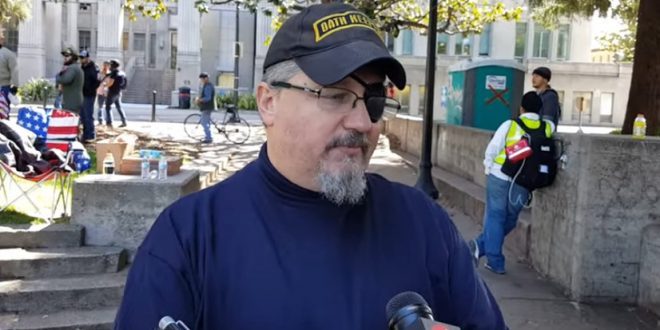 The Jan. 6 select committee on Tuesday subpoenaed the leaders of the Proud Boys and Oath Keepers, extremist groups that responded to Donald Trump’s call to descend on Washington and played central roles in the attack on the Capitol.

The House committee issued subpoenas Tuesday to Proud Boys Chairman Enrique Tarrio and Oath Keepers founder Stewart Rhodes, as well as both of the organizations they lead. It also subpoenaed a lower-profile far-right group, 1st Amendment Praetorian, along with its leader, Robert Patrick Lewis.

The Justice Department has already indicted dozens of members of the Proud Boys and Oath Keepers for participating in the Capitol siege and charged leaders of those groups with conspiring to stop Congress from certifying the 2020 election.

Read the full article. Tarrio is currently in prison for torching a DC church’s Black Lives Matter banner. Earlier this week he was denied early release after complaining about the “gulag” conditions of his jail.

BREAKING: The Select Committee subpoenas individuals and organizations linked to the violent attack on the Capitol:

We believe the individuals and organizations we subpoenaed today have relevant information about how violence erupted at the Capitol and the preparation leading up to this violent attack.https://t.co/hZjZS7AtkS