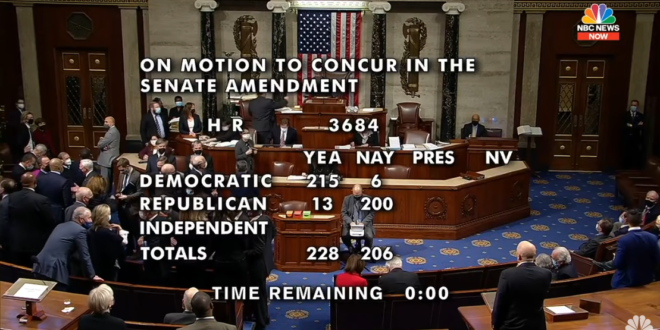 Congress has passed a $1.2 trillion bipartisan infrastructure bill, delivering on a major pillar of President Joe Biden’s domestic agenda after months of internal deliberations and painstaking divisions among Democrats.

The final vote was 228-206. Thirteen Republicans voted with the majority of Democrats in support of the bill, though six Democrats voted against it.

The bill now heads to the President’s desk to be signed into law, following hours of delays and internal debating among Democrats on Friday, including calls from Biden to persuade skeptical progressive members of the Democratic caucus.

Goes now to the president. pic.twitter.com/zgRovibTqN