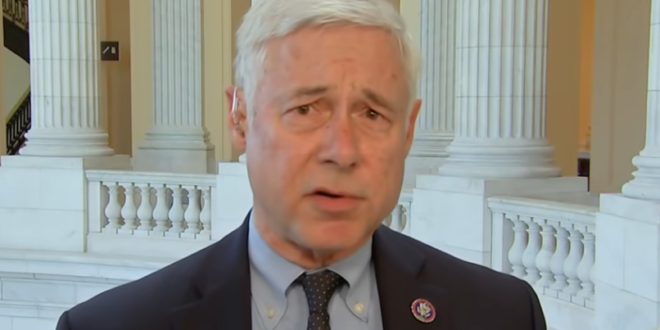 Rep. Fred Upton (R-Mich.) revealed on Monday that he received a threatening voicemail just days after voting for the bipartisan infrastructure bill. During an appearance on CNN’s “AC360,” Upton told Anderson Cooper that a person called him and left a message saying “I hope you die,” according to CNN.

“I hope everybody in your f—ing family dies,” the caller reportedly added, saying the Republican lawmaker was a “f—ing piece of s— traitor.”

The Michigan lawmaker’s office told the news network that the threatening voicemail was not an isolated incident. Rep. Marjorie Taylor Greene (R-Ga.) in a tweet after the vote called the Republicans who supported the legislation “traitors.”

After MTG called them “traitors” and tweeted numbers of the 13 Rs who voted for infrastructure, Upton says on @CNN he has received threats of violence. “It’s a real step back..But I have a colleague, as you know, that put out the phone numbers of the 13 of us that voted that way”

I regret that this good, bipartisan bill became a political football in recent weeks. Our country can’t afford this partisan dysfunction any longer. #MI06 #Infrastructure