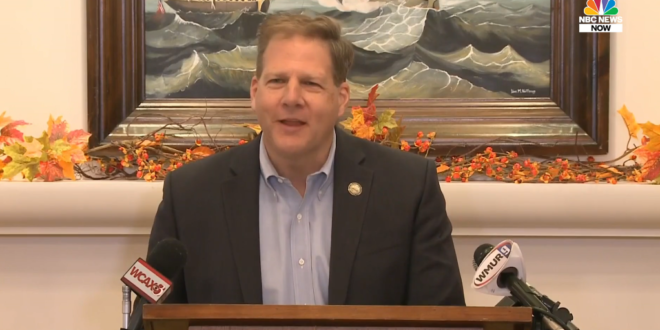 GOP NH Gov To Seek Reelection, Not US Senate Seat

New Hampshire Gov. Chris Sununu announced Tuesday that he will not run for Senate in 2022, delivering a blow to Republicans’ chances of regaining control of the chamber. Sununu, during a news conference in Concord, said he instead would seek a fourth two-year term as governor.

“My responsibility is not to the gridlock and politics of Washington, it is to the citizens of New Hampshire,” Sununu said.

GOP leaders from Senate Minority Leader Mitch McConnell to Sen. Rick Scott, chair of the National Republican Senatorial Committee, had been courting Sununu to challenge incumbent Democratic Sen. Maggie Hassan, seeing him as their best prospect to flip a seat.

Gov. Chris Sununu (R-NH) says “the more I heard” about being a senator after speaking with “a lot of U.S. senators,” the less he wanted to run. pic.twitter.com/AhtpMRi8Jz