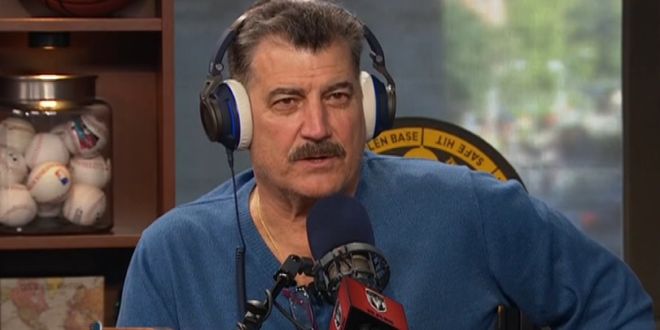 Former New York Mets great and current broadcaster Keith Hernandez made his Twitter private on Friday after the swift backlash he faced for promoting anti-vaccine conspiracy theories. Hernandez posted a tweet promoting noted anti-vax champion Robert Kennedy Jr.’s new book. Hernandez is free to read and share any books he wants, but he shouldn’t be surprised at the backlash he faced with an insanely quick and overwhelming ratio on Twitter.

Hernandez retired in 1990 and now calls games for the New York Mets and appears as an analyst for Fox Sports. He appeared in several Seinfeld episodes including the series finale. New Yorkers may recall his “turn gold into cash” ads.

The @mets and @StevenACohen2 have a serious problem –@keithhernandez is now peddling deadly anti-vax theories. pic.twitter.com/8RLN5dT8Qg

RFK Jr. is a anti-vaccine nut and Keith Hernandez is an absolute clown for posting this. The dude did massive amounts of cocaine back in his heyday and now he wants to tell you not to get the vaccine. pic.twitter.com/Vz670bG8y9

Honestly, never expected Keith Hernandez would be a willing passenger on another fatal Kennedy trip. pic.twitter.com/TDNWwCyZ6u