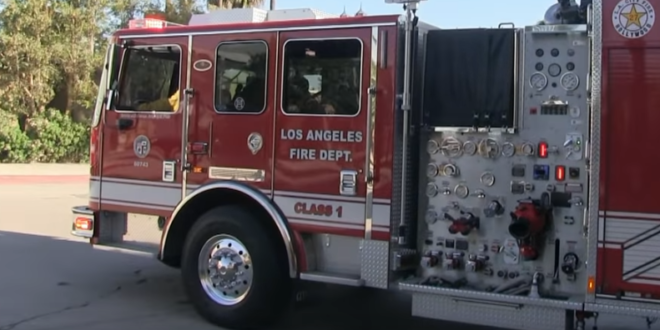 The Los Angeles Fire Department is investigating an incident in which a firefighter “responded inappropriately” after being handed a letter to comply with the city’s vaccine mandate, a department spokeswoman said Wednesday. The LAFD member reportedly responded to receiving the non-compliance letter by dropping his pants and wiping his buttocks with the letter, leaving fecal matter on the document. He then dropped the letter on the ground.

The alleged incident underscores the deep resistance among some within the Fire Department over the city’s mandate that employees be vaccinated. LAFD spokeswoman Cheryl Getuiza said the alleged incident occurred on Nov. 18. “The department is aware of the seriousness of the allegations and took immediate action upon learning of this incident,” she said Wednesday.

The department is investigating a firefighter who is accused of a “despicable act” after being given a letter to comply with the city’s vaccination mandate https://t.co/7MbME4eSRT

They swear to serve and protect.
No town wants a firefighter who drops trou in public and wipes his butt with a letter asking him to protect himself and others by getting vaccinated. https://t.co/wmPMxsbgpq