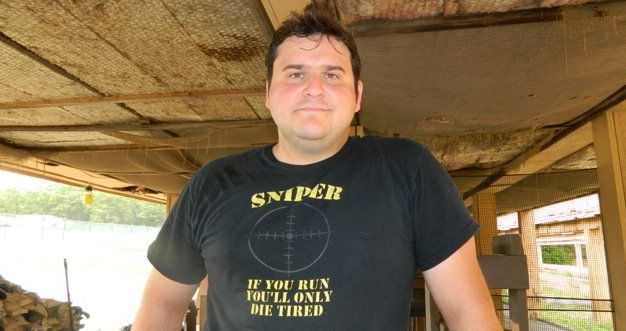 A Queens Proud Boys supporter who wrote on social media that Sen. Raphael Warnock should be “swinging with the f—ing fish” deserves up to three years in prison, federal prosecutors wrote Tuesday.

Eduard Florea, 41, pleaded guilty to posting the chilling threat online the day before the Jan. 6 insurrection at the U.S. Capitol, as well as to illegal possession of ammunition.

“There is little doubt that if the defendant had been able to get to the United States Capitol on January 6, 2021, he would have acted — based on his own words and stockpiling of weapons — as a violent accelerant on an already chaotic scene,” Assistant U.S. Attorney Francisco Navarro wrote in a Brooklyn Federal Court filing.

As I previously reported, Florea intended to accompany Proud Boys during the Capitol riot, but his ride never picked him up.

According to the feds, he also threatened to murder his wife because she wouldn’t let him use their joint business account to make donations to the Proud Boys.

Despite that, she has written the DOJ a letter begging for his release, which was denied in June.

As I reported at the time, feds arrested Florea in a startling show of force that included an armored vehicle. Florea has a previous felony conviction from 2014 when feds found a massive arsenal in his Queens home.

Previous Riot Suspect Nabbed Thanks To Mommy’s FB Posts
Next Dollar Store Chain To Sell Most Items At $1.25