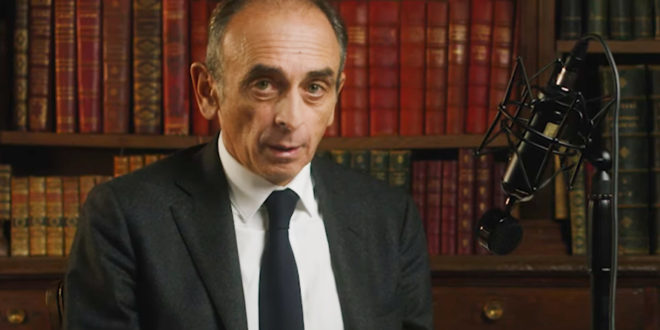 Far-right French pundit Eric Zemmour announced his candidacy for president on Tuesday with a video in which, to ominous music and footage of street violence, he said he wanted to save France from decadence and minorities that “oppress the majority”.

His declaration came hours before the conservative Les Républicains hold their final TV debate ahead of a congress to choose their candidate at the weekend, with the outline of the April 2022 field now finally taking shape.

“I have decided to take our destiny in my hands. I have decided to stand in the presidential election,” Zemmour said in a YouTube video heavy on anti-immigrant warnings and pledges to restore the country’s grandeur on the world stage.

“His candidacy turns the election into a test of the endurance and limits of Europe’s far right which surged across the continent in the last decade but shows signs of reaching a ceiling as it pushes against boundaries of acceptable speech” @IngridMelander https://t.co/fKnnVePNrb

Breaking News: Éric Zemmour, the polarizing far-right TV star and writer, announced he is running for president of France, ending months of speculation.https://t.co/mk94I26pUW

Previous Carlson: Fauci Is “An Even Shorter Version Of Mussolini”
Next Barbados Cuts Ties To UK Monarchy, Becomes Republic