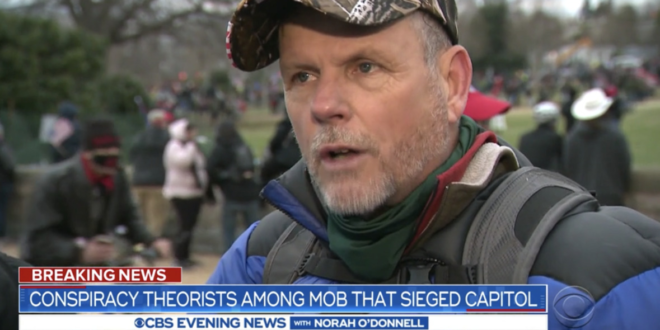 Ex-Marine Who Brought Son To Riot Gets 60 Days

A federal judge took prosecutors at their recommendation Friday in giving a two-month prison stint to a former Marine who filmed the Capitol insurrection on his GoPro and then refused to hand over his footage.

Boyd Allen Camper told FBI agents that the GoPro was in a place that can’t be found — a description that drew rebuke Friday from U.S. District Judge Colleen Kollar-Kotelly. “You clearly destroyed evidence,” the Clinton appointee said. “I think it’s reasonable to infer that the other content would not reflect favorably of your conduct.”

After the rally, which he had attended with his 10-year-old son, Camper said his child was tired and wanted to go back to the hotel. Camper claimed that he didn’t know how to get back, so they followed the crowd to the Capitol.

After leaving the Capitol, Camper told a CBS reporter that he’d been on the “front line” of those pushing past the barricades and police officers, according to federal court documents.

“We’re going to take” this place, he added, according to the documents. “If you haven’t heard it’s called the insurrection act and we the people are ready.” In the sentencing memo, Camper’s lawyer said the statement didn’t “necessarily reflect his thoughts” because it was made in an “excited state.”

In a statement included in the memo, Camper apologized for his “contribution to the chaos” and said he had no intention of hurting anyone.

Once again, the feds lean into a Jan 6 defendant’s military service. In seeking jail time for Boyd Camper (who pleaded guilty to misdemeanor), they argue his “decision to storm a guarded government building is nothing short of shocking in light of his former military service” pic.twitter.com/7ZvZaffJ48