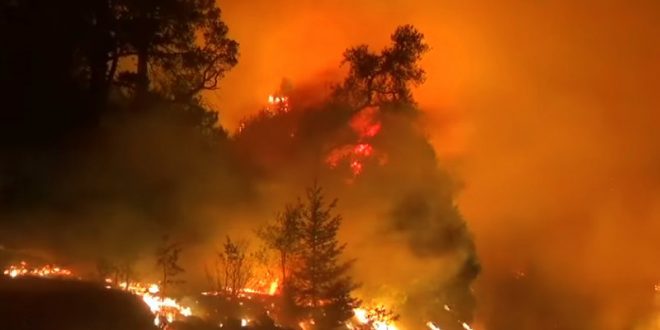 A former college professor was indicted by a federal grand jury Thursday for allegedly starting four wildfires in Northern California earlier this year that threatened to trap firefighters as they battled a massive fire nearby, federal prosecutors said.

Gary Stephen Maynard, 47, faces up to 20 years in prison and a $250,000 fine for each count of arson to federal property, the U.S. Attorney’s Office for the Eastern District of California said in a statement.

According to court documents, Maynard’s alleged arson spree included blazes he started in July and August behind crews fighting the Dixie Fire, which became the second biggest wildfire in California history, scorching more than 1,500 square miles.

🔥😳🔥“Maynard appears to have taught briefly at Santa Clara University and Sonoma State University, where a Gary Maynard was listed as a lecturer in criminal justice studies specializing in criminal justice, cults and deviant behavior.”-⁦@YahooNews⁩ https://t.co/1o0OIsQX8o