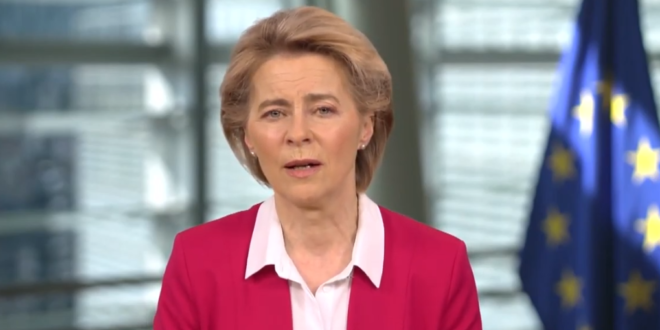 The European Commission will propose to suspend air travel from southern Africa amid concerns over the variant, EC President Ursula Von der Leyen [photo] said on Friday. The proposal could be enacted as soon as Friday night.

Germany, Italy and France have already announced measures to restrict air travel from the region. Rome has banned entry on its territory to anyone who has stayed in southern Africa “during the last 14 days”, said health minister Roberto Speranza, invoking “maximum precaution” in the face of the new variant.

The @EU_Commission will propose, in close coordination with Member States, to activate the emergency brake to stop air travel from the southern African region due to the variant of concern B.1.1.529.

Previous Omar: “Buffoon” Boebert Made Up Her Story About Me
Next Ukraine President: Russia Is Plotting To Overthrow Me