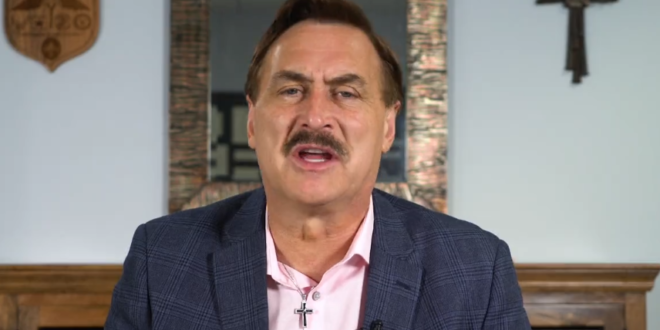 Pro-Trump pillow magnate Mike Lindell has claimed millions were tuning in to his “Great Patriot Thanks-A-Thon” streaming special, but the metrics suggest otherwise. Mr Lindell, a conspiracy theorist, began hosting a 96-hour live stream at 1am EST on Thanksgiving Day, where he promised to discuss his Supreme Court complaint seeking to overturn the results of the 2020 presidential election.

Just after midday, Mr Lindell claimed: “There are probably millions of people watching right now”. However, just 24 people were tuned into his Freedom Patriot Network YouTube channel. On Mr Lindell’s website which was also streaming the broadcast, it wasn’t clear how many people were watching, but around 90 people were participating in a live chat at the time.

Lindell speculated that “millions” were watching his 96-hour election fraud-themed livestream, but only dozens were watching on YouTube Thursday night. https://t.co/snszOLMcoB