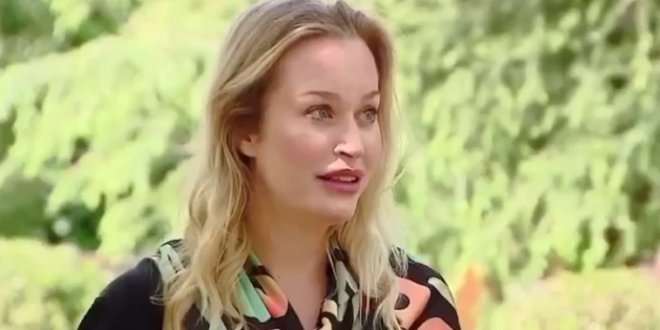 Gov. Ron DeSantis‘ Press Secretary says she now understands why a tweet she sent this week were perceived as anti-Semitic dog whistles by some. After initially calling the “smears” against her since-deleted tweet “absurd and laughable,” Christina Pushaw tweeted a statement Friday saying the Anti-Defamation League of Florida explained to her what was wrong with her comment.

While she said she regrets the initial post, she did not apologize for the tweet, which referenced the Rothschilds, who are sometimes the subject of anti-Semitic conspiracy theories. “After being educated about something that was a blind spot for me, I now understand why people might take offense at what I tweeted, regardless of my intent,” Pushaw wrote. While Pushaw acknowledged her tweet was wrong, she also took aim at her critics and media organizations that denounced her tweet.

Read the full article. Pushaw had claimed that the Rothschilds are secretly behind the country of Georgia’s vaccine passport. Pushaw once worked in Georgia.