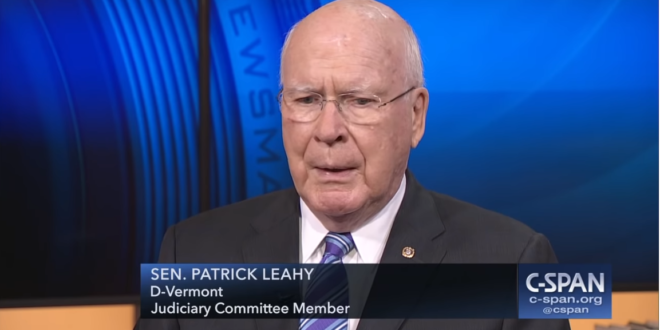 Sen. Patrick Leahy (D-Vt.) announced Monday he will retire instead of seeking re-election in 2022 — 46 years after first assuming the office in 1975. Leahy, 81, is the longest-serving sitting senator, and his retirement opens up a new, likely Democratic seat.

Leahy said from the Vermont statehouse that he and his wife, Marcelle, concluded that “it is time to pass the torch to the next Vermonter who will carry on this work for our great state. It’s time to come home.”

Leahy, known for taking photos around the Capitol and his appearances in Batman films, is also the current president pro tempore of the Senate, putting him third in the line of presidential succession, after Vice President Kamala Harris and House Speaker Nancy Pelosi.

Democratic Sen. Patrick Leahy of Vermont says he will not seek reelection to the seat he has held for eight terms. The 81-year-old Leahy said he and his wife determined “it is time to pass the torch.” His term expires in January 2023. https://t.co/lx6C70uCaZ

JUST IN: @SenatorLeahy announces he will retire after his current 8th term. The last of the Senate's "Watergate babies," he was elected in 1974 and is currently the longest-serving Democratic senator. "It is time to put down the gavel. It is time to pass the torch."

Leahy has served so long in the Senate, he’s the only one left who served during Gerald Ford’s presidency and one of just 2 to serve during Jimmy Carter’s presidency.