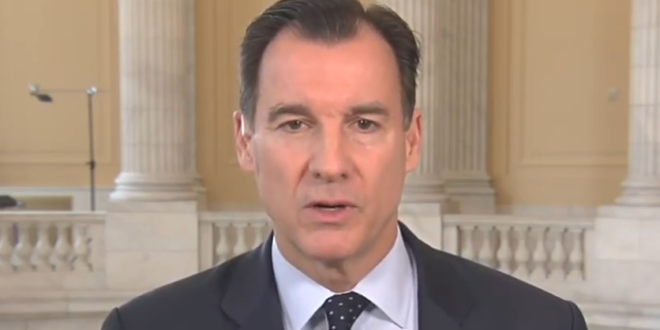 Representative Thomas Suozzi, a Long Island Democrat, intends to announce on Monday that he will enter the race for governor of New York, broadening the field of candidates challenging the incumbent, Kathy Hochul, according to five people who have spoken with the congressman and his team in recent days.

Mr. Suozzi, who has most recently focused on federal negotiations over raising a cap on state and local tax deductions, has positioned himself as a vocal centrist who is quick to lash what he casts as the excesses of his party’s left wing.

Mr. Suozzi, a former Nassau County executive, could cut into parts of the coalition Ms. Hochul is seeking to assemble on Long Island and in suburbs around the state. And in a crowded field, the race increasingly appears to be fluid and unpredictable.

Suozzi was first elected to the US House in 2016 and this is his first appearance on JMG.

Rep. Lee Zeldin, a Trump acolyte, is the leading contender for the GOP nomination.

That’s now 18 House Democrats either retiring or running for another office. “Rep. Tom Suozzi to Run for Governor of New York” https://t.co/IT4MQgCxbQ

Previous REPORT: Twitter CEO Jack Dorsey To Step Down
Next Graham: “Trust Jesus” To Protect You From Omicron