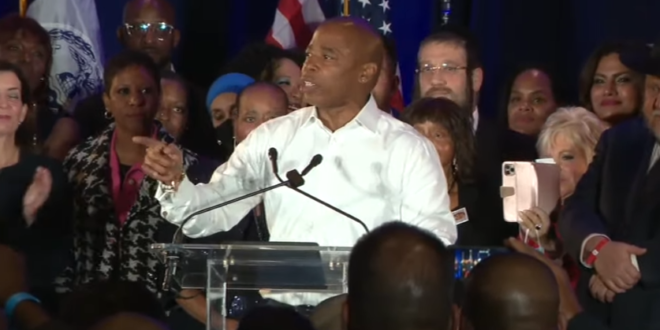 In his victory speech, Adams promised he will be a leader for all, saying everyone in New York City is on one team, fighting together. He said he wants to do away with the division in politics.

It was a heartfelt speech from the city’s soon-to-be 110th mayor. The 61-year-old spoke about his late mother’s influence, after holding a photo of her while he voted. She passed away during the pandemic.

At this writing Adams’ margin is nearly 40 points.

“I am you.” New York City mayor-elect Adams says he will be a leader for all. @JohnBDias has more on his victory: https://t.co/b32hWL7cGX