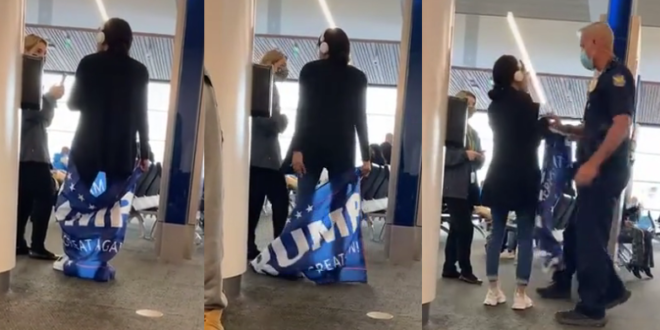 “Are you recording me? Do you have permission to record me?” asks the woman carrying a Trump flag at the Phoenix airport. She then smacks the phone from the hand of the woman recording her only to be promptly arrested by local authorities. Literally seconds after this occurs, local police enter the frame.

The male police officer dryly observes, “Well, you don’t have permission to smack people,” before leading her away. Arizona is a one-party consent state for recording, however, we are not lawyers so we are not making a judgment on the applicability of said rules to this situation.

Watch the clip and smile. As the woman is being led away, she says, “I don’t even care, I already have a lawsuit.”

UPDATE: Some are saying the TikTok clip doesn’t play for them. The direct link is here.