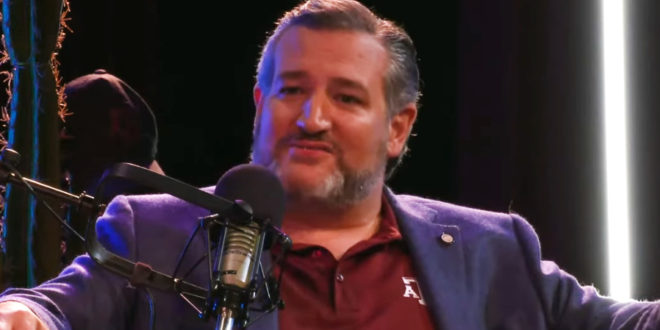 Cruz Lays Out Why Texas May One Day Secede [VIDEO]

“I think Texas has a responsibility to the country. And I’m not ready to give up on America. I love this country. Texas is, right now, an amazing force keeping America from going off the cliff. Keeping America grounded on the values that built this country.

“Now listen, if the Democrats end the filibuster if they fundamentally destroy the country if they pack the Supreme Court if they make DC a state, if they federalize elections and massively expand voter fraud, there may come a point where it’s hopeless. We’re not there yet.

“And if there comes a point where it’s hopeless, then I think we take NASA, we take the military, we take the oil.” – Ted Cruz, speaking on his podcast. Cruz goes on to joke that Joe Rogan could be the president of the once-again independent Texas.

The clip is cued up to that bit.

Previous Book: Trump Vowed To Leave GOP In Blowup With RNC
Next COVID Deaths In Red Counties 3X Higher Than In Blue