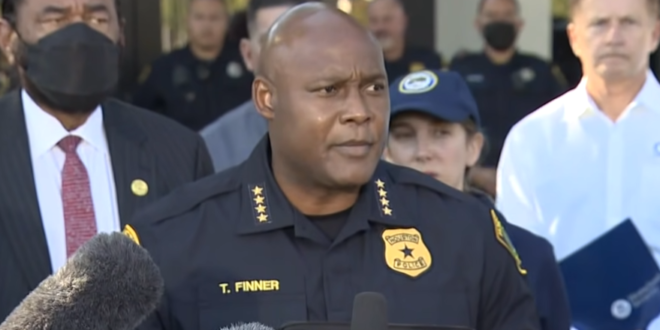 A criminal investigation is underway in Houston, including by homicide and narcotics detectives, as law enforcement officials seek to understand how eight people died and many more were injured at a sold-out music festival Friday night.

“This is now a criminal investigation that’s going to involve our homicide division as well as narcotics, and we’re going to get down to the bottom of it,” Houston Police Chief Troy Finner said at a news conference Saturday.

The “all-encompassing” investigation is being led by the homicide division, and “everybody that needs to be involved will be involved,” Jodi Silva, a spokeswoman for the Houston Police Department, said Sunday.

In his first statement since the event on Twitter, Travis Scott thanked the police and emergency services and said he was “committed to working together with the Houston community to heal and support the families in need”.

Later he posted a video message on Instagram, in which he encouraged anyone with information about the incident to contact the authorities.

Scott, whose real name is Jacques Webster, made his big breakthrough in 2013 and has since had eight nominations for Grammy Awards. He has a child – and another one on the way – with socialite Kylie Jenner, who was among the 50,000 people at the festival.

Police made 25 arrests on Friday night, Houston Police Chief Troy Finner said, and the vast majority were for trespassing. One person was arrested for possession of marijuana, and one for public intoxication.

Finner also addressed rumors of drug use at the concert, including what he described as a “narrative” of someone injecting people with drugs. He said one medical staff member told investigators that a security guard went unconscious after feeling a “prick in his neck.”

That officer — who investigators have yet to interview — was reportedly revived after being given Narcan, and did indeed have a prick in his neck consistent with the mark of an injection, Finner said. Finner later said there had been “many” instances of Narcan being administered, but declined to elaborate.

Previous Filings Show Youngkin Made $127M In Last Five Years
Next Christie Begs Cultists To Give Up On 2020: “It’s Over”