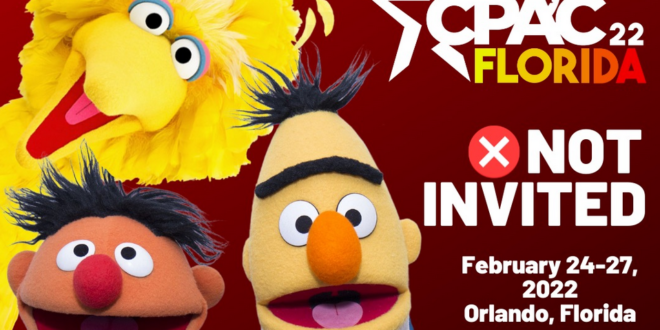 First, a reminder from earlier this week:

Matt Schlapp, the president of the influential Conservative Political Action Conference, called for “Sesame Street” producer PBS to be defunded over the introduction of an Asian-American character to the kids’ show.

In a tweet Tuesday, Schlapp criticized the show after it announced that Ji-Young, its first ever Asian-American muppet, would be joining the cast.

Schlapp linked to an AP report, where producers said that they hoped the new character would help to stem rising anti-Asian-American prejudice in the US.

What race is Ernie is Bert? You are insane PBS and we should stop funding you. https://t.co/iHyGYJvG5l