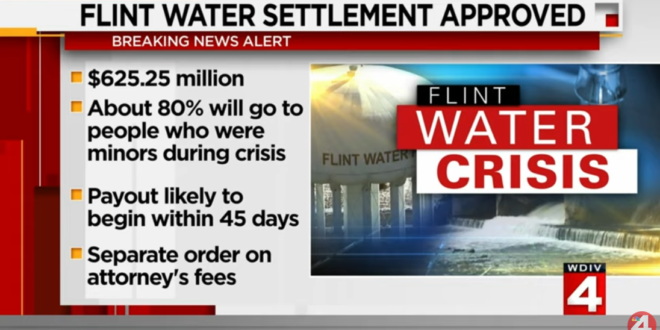 Nearly 80 percent of the settlement, which state officials have said is likely the largest in Michigan history, would be paid to children who were younger than 18 when they were first exposed to Flint River water, which contained elevated levels of lead and bacteria in 2014 and 2015.

Previous Youngkin On His Son’s Attempt To Vote: It’s Confusing Where 17 Year-Olds Can Vote, “Leave My Family Alone”
Next YouTube Begins Hiding “Dislike” Counts From View