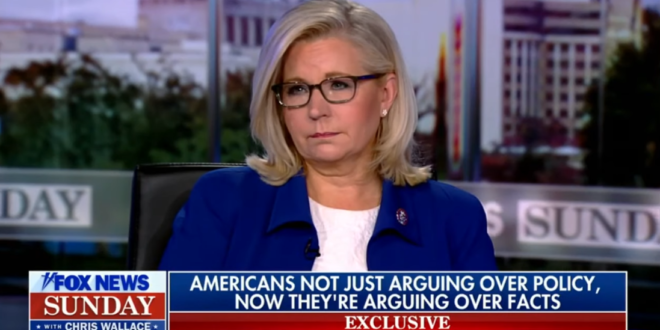 Rep. Liz Cheney (R-Wyo.) on Sunday likened the claims that the Jan. 6 attack on the Capitol was a “false flag operation” to individuals who say the Sept. 11 terrorist attacks were an “inside job.”

Asked by host Chris Wallace on “Fox News Sunday” if there is any truth to arguments that the Jan. 6 attack was a “false flag operation” — specifically that liberal individuals from the “deep state” created the riots to set up conservatives and Trump supporters — Cheney said “none at all,” before comparing the assertions to ones made in the aftermath of the Sept. 11 attacks.

“It’s the same kind of thing that you hear from people who say that 9/11 was an inside job, for example. It’s un-American to be spreading those kinds of lies, and they are lies,” Cheney said.