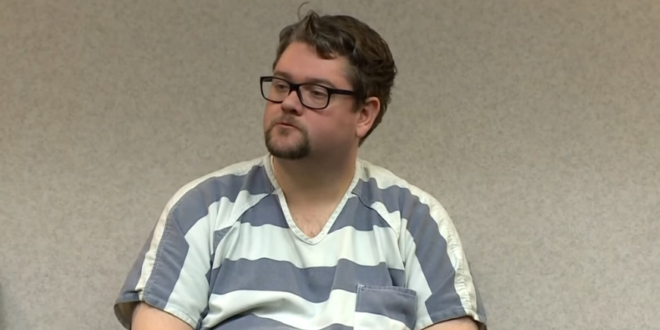 McWilliams, a Northeast Ohio-area Catholic Priest at the time of the offense conduct, previously pleaded guilty to two counts of sex trafficking of a minor, three counts of sexual exploitation of a child, and one count each of transportation of child pornography, receipt and distribution of visual depiction of a minor engaged in sexually explicit conduct and possession of child pornography.

“Using his role in the Church, Mr. McWilliams violated the sacrament of confession to identify potential victims, and offered religious counseling to victims he extorted under alter egos he intentionally created to conceal his own identity.

He also used social media to target and entice young children into the exploitive world of juvenile sex trafficking, all after having already amassed a large collection of violent child pornography.

As set out in court documents, beginning in 2019, McWilliams used fake identities and technology to extort minors for sexually explicit images, amass a significant collection of child pornography and provide compensation to minors in exchange for sexual acts.

McWilliams met some of the victims through his time in the seminary with the Catholic Diocese of Cleveland and as an appointed Parochial Vicar at a parish where the children and their families were affiliated.

According to court documents, McWilliams used the sacrament of confession to obtain information that he later exploited, by creating aliases, including posing as a minor, to seek the production of sexually explicit material from minors that he was “counseling.”

Court records show that McWilliams enticed three minor victims to send sexually explicit photographs and videos, sometimes threatening to expose embarrassing information that McWilliams already knew about the victims if they did not send such images.

When some victims refused to send additional images, McWilliams followed through on his threats and sent sexually explicit photographs to the victims’ mothers.

Previous LIVE VIDEO: Rittenhouse Testifies In His Own Defense
Next GOP US House Nominee Declares Himself Eligible To Hold Office Despite Florida Rules On Felon Candidates