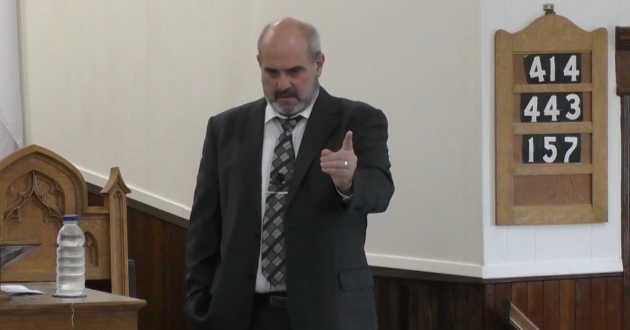 The pastor of a Nova Scotia church that hosted an event linked to a COVID-19 spike and three deaths told his parishioners this week that what happened is “unfortunate,” but it is all part of God’s plan. At the end of October,Robert Smith’s church hosted a multi-day gathering of faith groups from across the province. Public health officials have said more than 100 people attended and were not asked to show proof of vaccination — a violation of public health orders.

“I followed what God wanted us to do,” Smith said from the pulpit. “We had a great week of meetings … a young lady got saved.” Three people have died in the past week of COVID-19 — one at a group home in Amherst and two at a long-term care home in Pugwash, N.S. — and the province has said those cases trace back to the Gospel Light event. Community spread in Nova Scotia’s northern and western health zones is “primarily associated” with that event, according to the province.

Read the full article. In his live-streamed sermon, not only does Smith attribute the three deaths to “God’s plan,” he blames criticism of his actions on Satan “trying to drag us down.” (Via The Friendly Atheist)