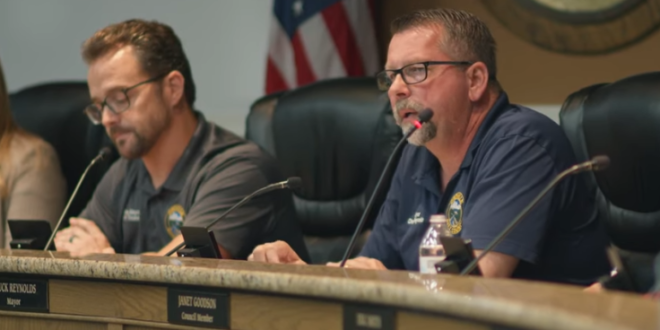 A northern California town has declared itself a “constitutional republic” in response to Covid-19 health restrictions imposed by the governor, in the latest sign of strife between the state’s government and its rural and conservative regions.

The city council in Oroville, located at the base of the Sierra Nevada foothills about 90 miles from the capital of Sacramento, adopted a resolution this week stating it would oppose state and federal orders it deems to be government overreach.

Mayor Chuck Reynolds said that a republic is what the city is under. People and representatives make decisions for the community. “We are living under a constitutional republic,” he said. Reynolds also said that attention should be paid to the language.  “Power corrupts. Absolute power corrupts,” Reynolds said.

“A constitutional republic makes America a successful nation. Rights are by the people, for the people.” After much discussion and comments, the motion passed 6-1 with Krysi Riggs the lone nay vote. When the motion passed, the room was filled with applause and cheers.

The music in this clip, good grief.