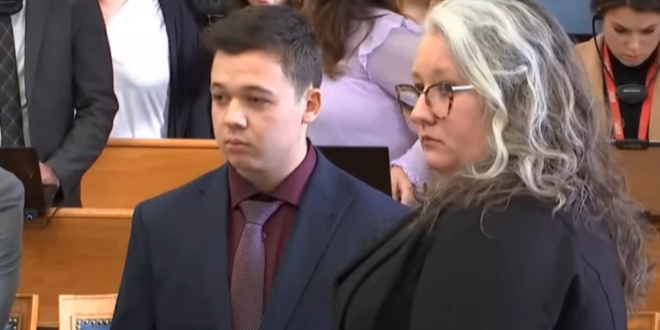 Jury Finds Kyle Rittenhouse Not Guilty On All Counts

Jurors in the Kyle Rittenhouse trial have reached a verdict. It’s not immediately clear when the verdict will be announced. Deliberations began on Tuesday.

Emotions have been running high in anticipation of the verdict, with Wisconsin Gov. Tony Evers deploying National Guard troops to Kenosha. Rittenhouse faces five charges, including intentional homicide, for shootings that killed two men and injured a third during last year’s riots in Kenosha.

The case has left Americans divided over whether Rittenhouse, 18, was a patriot taking a stand against lawlessness or a vigilante.

UPDATE: Not guilty on all counts.

Armed extremists have been emboldened in recent years; this acquittal sends the message that not only are there no consequences for showing up armed wherever you want, but (mostly white) people can shoot anyone without fear of consequences if they claim they felt threatened.