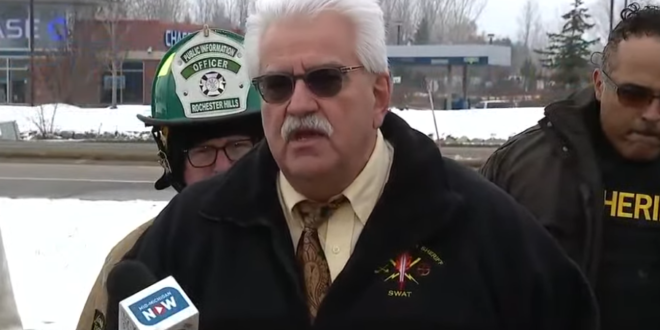 The Oakland County Sheriff’s Office said they received reports of an active shooter around 1 p.m. local time at Oxford High School in Oxford Township, a suburb about 40 miles north of Detroit.

A lone suspect was taken into custody shortly after the shooting and deputies say a handgun was recovered. The suspect was not immediately identified.

Officials were still sweeping the school Tuesday afternoon and a host of emergency vehicles were parked on the snow-covered lawn. Live streams from local TV news showed multiple medical helicopters landing at the school as authorities swept the buildings in the frigid, snowy temperatures.

Video below is live.

Praying for the students injured in today’s shooting at Oxford High.

As we wait for more information from law enforcement, one thing is clear: this violence must stop.https://t.co/Iqf6xP2Gzt

At least three students have died from a school shooting at Oxford High School in Michigan today.

We’re the ONLY country that deals with mass shootings on a regular basis b/c politicians are bought off by an industry that profits off death.

We refuse to become numb to it. pic.twitter.com/MQUCqmdn91