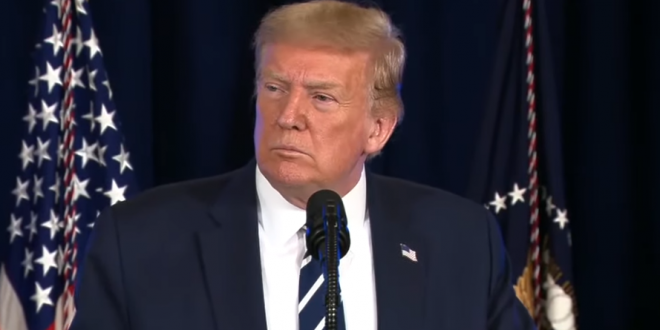 Book: Trump Vowed To Leave GOP In Blowup With RNC

In an angry conversation on his final day as president, Donald Trump told the chairwoman of the Republican National Committee he was leaving the GOP and creating his own political party — and that he didn’t care if the move would destroy the Republican Party, according to a new book by ABC News Chief Washington Correspondent Jonathan Karl.

Trump only backed down when Republican leaders threatened to take actions that would have cost Trump millions of dollars, Karl writes his upcoming book, “Betrayal: The Final Act of the Trump Show.”

“I’m done,” Trump told McDaniel. “I’m starting my own party.” “You cannot do that,” McDaniel told Trump. “If you do, we will lose forever.” “Exactly. You lose forever without me,” Trump responded. “I don’t care.”

Read the full article. According to the book, Trump backed down after McDaniel threatened to withhold access to the GOP’s mailing list and to stop paying Trump’s legal defense bills. The mailing list of 40 million names is valued at around $100 million. Trump and McDaniel are denying the book’s claims as fake news.

NEW: Trump told RNC chair Ronna McDaniel he was leaving the GOP and creating his own party on his final day as president, per @jonkarl’s new book

“This is what Republicans deserve for not sticking up for me,” Trump told McDaniel, according to the book.https://t.co/OFwmnafjri

“Trump’s attitude was that if he had lost, he wanted everybody around him to lose as well, Karl writes.” https://t.co/U1HvDrzl2d