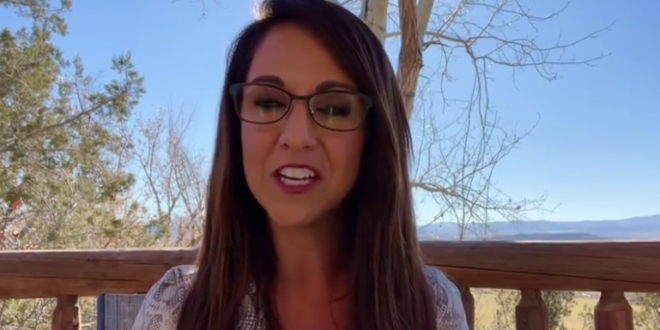 “I wanted to let her know directly that I had reflected on my previous remarks. As a strong Christian woman who values faith deeply, I never want anything I saw to offend someone’s religion. So I told her that.

“She said that she still wanted a public apology because what I had done wasn’t good enough. So I reiterated to her what I had just said.

“And then Rep. Omar hung up on me. Rejecting an apology and hanging up on someone is part of cancel culture 101 and a pillar of the Democrat Party.

“Make no mistake, I will continue to fearlessly put America first, never sympathizing with terrorists.

“Unfortunately, Ilhan can’t say the same thing. And our country is worse off for it.” – Lauren Boebert, in an Instagram video posted today.

BREAKING: Lauren Boebert says she told Ilhan Omar that SHE owes the American people an apology after Boebert made a racist joke about Omar being a “suicide bomber.” Boebert says Omar did “cancel culture” by rejecting her “apology” and hanging up on her. RT IF YOU SUPPORT ILHAN!

So Lauren Boebert called Ilhan Omar and asked *Omar* to publicly apologize to the American people.

So, surprise!, the whole thing was a setup. This was always the plan. To drag this out and play to the MAGA base. Wonder what Kevin McCarthy has to say now.https://t.co/g67cQ5QXrZ

Greene says ppl should pull out guns on vax staff

But tell me more about how Omar is the terrorist

NEW: Rep. Ilhan Omar says she ended “unproductive” phone call with Rep. Lauren Boebert when the Republican lawmaker failed to apologize for “Islamophobic comments and fabricated lies” and “instead doubled down on her rhetoric.” https://t.co/iLslPdrnjZ pic.twitter.com/Tc9jKYU1p7

A post shared by Lauren Boebert For Congress (@laurenboebert)