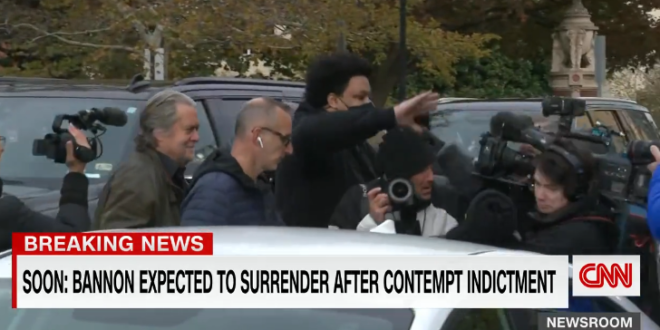 Steve Bannon has hired one of former President Donald Trump’s attorneys, David Schoen, in his second impeachment trial to defend him in court, records show, as the ex-Trump advisor heads to court Monday after being indicted for contempt of Congress after refusing to comply with a subpoena from the House’s January 6 committee.

Schoen, an accomplished criminal defense and civil rights attorney, is also known for representing fellow one-time Trump associate Roger Stone after he was convicted on counts of obstruction, lying to Congress and witness tampering based on his role in Trump’s 2016 campaign—with Trump later commuting his sentence.

Here’s the CNN Newsroom video of Steve Bannon arriving at an FBI field office to turn himself in pic.twitter.com/y8dhLpZqUT