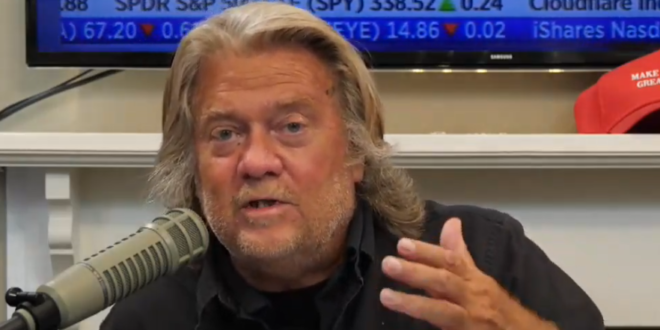 Former Trump advisor Steve Bannon was released without bail Monday after surrendering to federal authorities in Washington, D.C., where he faces criminal charges after defying a subpoena from the lawmakers investigating the deadly Capitol invasion.

Bannon will be subject to general supervision requirements as part of the conditions of his release, magistrate Judge Robin Meriweather said during Bannon’s brief initial appearance.

He will have to regularly report to pre-trial services and alert them to any plans to travel outside Washington. Bannon has also surrendered his passport and agreed to not to obtain any other international travel documents.

Previous Fox Edits Its Story To Cover For White Supremacists
Next Alex Jones Melts Down After Sandy Hook Loss: This Is “Modern Warfare We’re Under, This Country Is Gone”