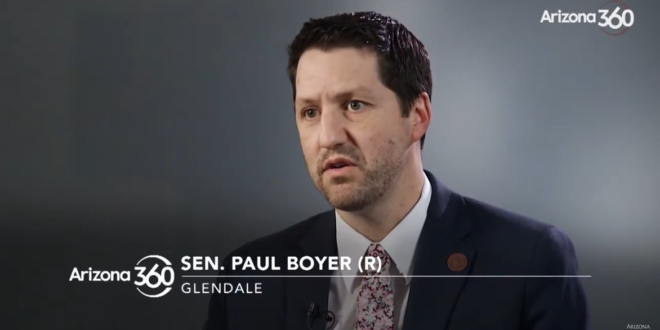 Republican Arizona Sen. Paul Boyer, best known for his role as the lone Republican vote against holding the Maricopa County Board of Supervisors in contempt of a Senate subpoena for election equipment, is not seeking re-election next year. “But for the record, they’re stuck with me for another year. I’m not resigning,” he said over breakfast recently after he made the decision.

“I had to put security doors on my home because of some of the threats I was getting. Nobody should have to have that worry just because of a vote you’ve taken or didn’t take,” he said. Boyer insists he is no moderate, much less a Democrat, as his critics sometimes allege — he’s a lifelong conservative Republican and devout Christian who rarely crosses the aisle against major conservative policies.

I went through a very similar process when I made my own decision not to seek re-election earlier this year as well. Enjoyed serving alongside you, @PaulDBoyer, and I know you will excel at whatever comes next. https://t.co/6Kr4HEAuZX

Paul Boyer is not seeking reelection next year.

He’s still pretending to be principled, but at least he’s leaving.

Are you beginning to realize what we’re doing here?