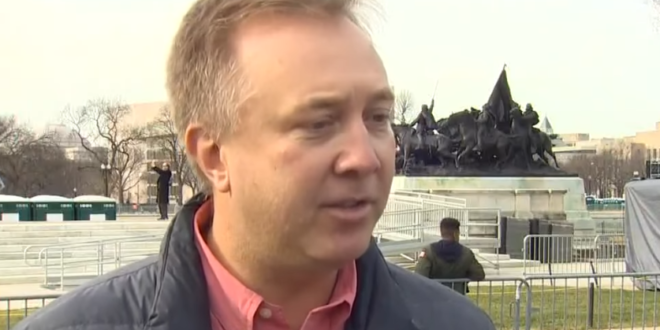 A former Washington state lawmaker says Republican state Sen. Doug Ericksen of Ferndale, who was sickened with COVID-19 in El Salvador, is now in stable condition at a Florida hospital after a medevac flight.

The Republican wrote to his legislative colleagues last week that he tested positive for COVID-19 in El Salvador and needed monoclonal antibodies. It’s not known if Ericksen is vaccinated or why he was in El Salvador.

From my first report on this moron:

Ericksen told KIRO radio he was “fighting a bad bout” with the virus. A fierce critic of Gov. Jay Inslee’s emergency pandemic orders — including the recent vaccine mandates — Ericksen this year sponsored legislation to protect the rights of people who won’t get vaccinated.

Ericksen in 2019 registered with the U.S. Department of Justice as a foreign agent to conduct lobbying work on behalf of the Cambodian government, scoring a $500,000 contract for his new firm. That contract came after Ericksen traveled to Cambodia to observe — and ultimately praise — the country’s widely condemned 2018 elections.

It appears that the guy below arranged the flight.

https://t.co/bIwBebFdmc is growing fast. Not for the sheep that only flock to the big sites owned by the left. But for the leaders. We are proud to now be working with the Mypillow company, the NRA, The Epoch Times, New Hope Christian College, we are now helping Pureflix as well

Help https://t.co/O3I2Oxm7Go and the Cruise Through Cancer Foundation https://t.co/vGDV5mkg8D get healthy pillows for every family fighting cancer today. Go to https://t.co/BQX89kZ88n and use the Promo Code “We Speak” to get up to 66% off certain products! pic.twitter.com/ea4M3iIOTM