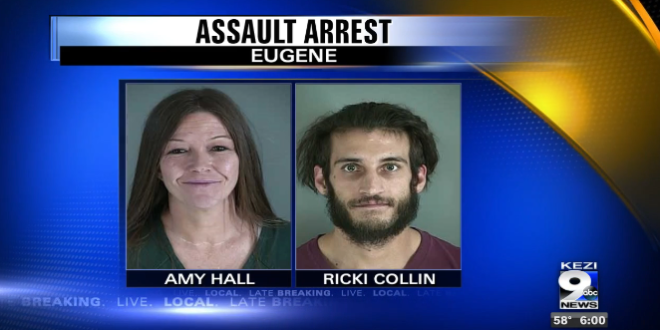 A man and a woman were arrested for assaulting the owner of Crumb Together in Eugene, after being asked to leave the store for refusing to wear masks, according to police. The suspects have been identified as 34-year-old Ricki Scott Collin, and 45-year-old Amy Verlee Hall — both from Portland.

According to authorities, a store employee told the customers to leave the restaurant after refusing to wear masks. Collin and Hall then recorded themselves confronting the employee, citing federal law saying she had to serve them, according to police.

The employee carried a bat while trying to escort the two out of the restaurant when they began assaulting her, police said. Collin and Hall flagged down police who were nearby and showed officers the video they recorded of the assault, according to police.

Read the full article. Watch the TikTok clip for their stupid backstory. Their own live-stream is also below.

Thank you all for your amazing support, compassion, love and understanding.

We’ve had a helluva day.

However, we have more orders than we can fulfill so we had to shut off our online store.

Please check back with us next week.