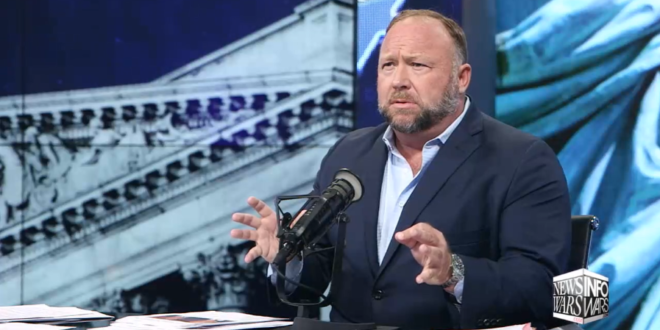 Alex Jones Says He’ll Plead The Fifth Before Riot Panel: “I Don’t Want To Spend The Rest Of My Life In Prison”

“They will claim I lie about something to the committee, which isn’t even true. I wouldn’t lie. I’m probably going to declare the 5th.

“Not because I’ve done anything wrong, but because these people are political criminals that have an axe to grind and have been bragging everywhere they want to put me in prison, okay?

“I don’t intend on spending the rest of my life in prison. I’m not a fool, I’m not an idiot, and I’m not about to be set up by the political globalist criminals in Congress.” – Alex Jones, in a video posted today.

He insists it’s because he thinks they’ll try to get catch him in a lie and get DOJ to prosecute him over it.

‘I’m Not an Idiot!’ Alex Jones Says He’ll Plead the Fifth to January 6 Committee: ‘I Don’t Intend on Spending the Rest of My Life in Prison’ https://t.co/kQQshPRx6j

Alex Jones today says he “doesn’t want to spend the rest of my life in prison,” so he will plead the 5th before the J6 Select Committee. pic.twitter.com/jxPjECVT4w